Slovenia is waiting for you!

Slovenia, Europe’s outdoor adventure playground, is waiting for you! Slovenia is the best-kept outdoor secret in Europe. This charming destination will impress all outdoor lovers. Slovenian nature will delight you with a wide variety of activities which all family members can enjoy. 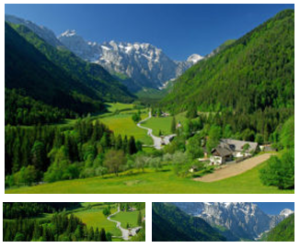 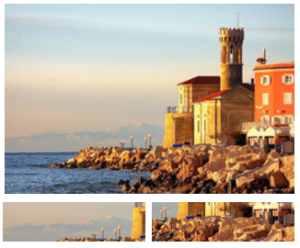 Check out the vibe in the capital city.

Visit this symbol of Slovenia’s beauty. The charming alpine lake will impress you with its natural beauty.

This is a fantastic underground cave with a web of tunnels, passages, galleries and halls. The cave in all its beauty will present you with an experience you will remember for years to come. Postojna Cave is the biggest tourist attraction in Slovenia.

Encounter the most beautiful town on the Slovenian coast. You will fall in love with this charming Mediterranean town.

The little mountain gem of. Bovec is a Slovenian outdoor activity centre. Become enthralled by sports activities and the proximity of the mountains – ideal for hiking and much more! This little town, surrounded by the high peaks of the Julian Alps, is a paradise for everybody who wishes to get away from the bustle of the city. The picturesque land surrounding the emerald Soča River conceals many remote corners where you will find the peace you are seeking.

This is a true paradise for anybody who likes to be active. Try white water rafting, canyoning, kayaking, zip-lining, hiking, mountain biking, paragliding, climbing or just enjoying the alluring emerald-green Soča River.

This is an ideal summer holiday destination. Swim in Lake Bohinj and breathe in the fresh morning air in one of the most beautiful valleys in the heart of the Julian Alps.

· Kranjska gora and the mountains

Where the adventure begins! This small town in the Julian Alps of north-western Slovenia offers holiday fun for the whole family. It features stunning mountain scenery, with great access to the Triglav National Park, and many possibilities for outdoor activities.

This is the tallest peak in Slovenia and its national symbol, rising in the middle of the Triglav National Park. Mount Triglav is 2864 meters high and is the best-known and most visited Slovenian mountain. Be brave and go for a climb on Slovenia’s national symbol and pride!

In the Julian Alps of north-western Slovenia you will find dynamic mountain karst terrain, picturesque mountain peaks and beautiful valleys. The mountains in the Triglav National Park have a network of well-marked and, if necessary, suitably secured trails. The place is ideal for activities in nature and for spending your leisure time actively.

• the Alpine area,
• the northeast uplands and lowlands,
• the karstic area
• the costal area.

The Slovenian capital city of Ljubljana is located at the center of all four landscape groups. The small distances in Slovenia allow you to swim in the sea in the morning and climb a mountain in the afternoon.

Everything you need to know before you set off!

The Slovenian capital city of Ljubljana is located at the center of all four landscape groups. The small distances in Slovenia allow you to swim in the sea in the morning and climb a mountain in the afternoon.
Population: 2,055,000
Position: Slovenia is a Central European union country
Area: 20,273 km2
Language: Slovene
Currency: Euro (€)
Capital: Ljubljana (population: 279,756)
International phone code: +386
Frequently spoken foreign languages: English, German, Italian
Drives: on the right

To Slovenia by car

Slovenia is situated in Central Europe and borders Italy, Austria, Hungary and Croatia. It is only a few hours drive away from Venice, Vienna or Munich. Slovenia is easily accessible from all neighboring countries, as it has good road and rail connections, with daily flights from many European cities.

To Slovenia by plane

In addition to daily flights to many European cities, there are two low-cost airlines flying to the main Slovenian international airport Jože Pučnik Ljubljana.
EasyJet and Wizz Air fly to London and Brussels. Most flights to Ljubljana are operated by Adria Airways, the only Slovenian airline. You can also fly to one of the foreign airports nearby, and access Slovenia from there by bus, train, rental car, or the transport service GO-OPTI.

In Slovenia, the sun shines for more than 2,000 hours a year, therefore every season offers a pleasant break. The weather in Slovenia is different in each of the four seasons and regions. An alpine climate prevails in the mountain region, the coastal areas are influenced by a sub-Mediterranean climate, and the northeast lowlands have a continental climate.
The average temperature is above 20°C in July and around 0°C in January. You can choose what suits you. If it’s too hot for you, you can go to the alpine area. If you love summer temperatures – the Slovenian seaside is waiting for you!
Climate: Alpine, Pannonian, Mediterranean
Average temperatures: July 21°C, January 0°

What’s the best time to travel to Ljubljana in Slovenia? 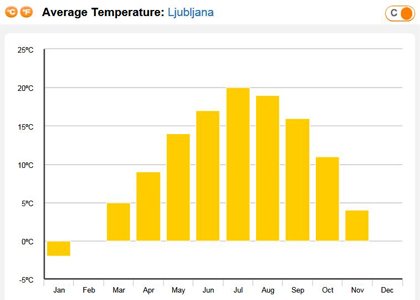 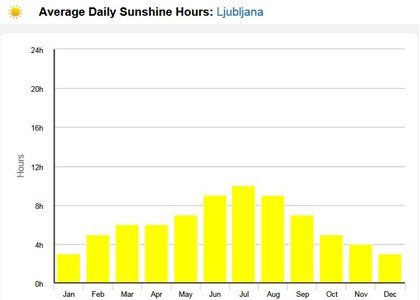 Be ready for new adventures and travel Slovenia now!